Galway Bay Hotel has reached the exciting milestone of its 21st birthday. A birthday celebration took place at the Annual Employee Appreciation Night on Sunday, 9 February at the Hodson Bay Hotel, Athlone.

As part of the festivities, Galway Bay Hotel’s Managing Director, Dan Murphy warmly acknowledged each associate who has been part of the journey from the opening of the Galway Bay in 1998 and presented each with an award and a 21st anniversary piece of Bog Oak for their commitment and loyalty over the years. Dan himself has been an integral part of the team from day one and was celebrated alongside Ultan Gately, Marian Mulkearns, Sharon O’Donovan, Deirdre Hartmann, Chris Glennon and Chris Flaherty. Also, Paul O’Hora, Helena Costello and Bridie Dowd were acknowledged in their absence. 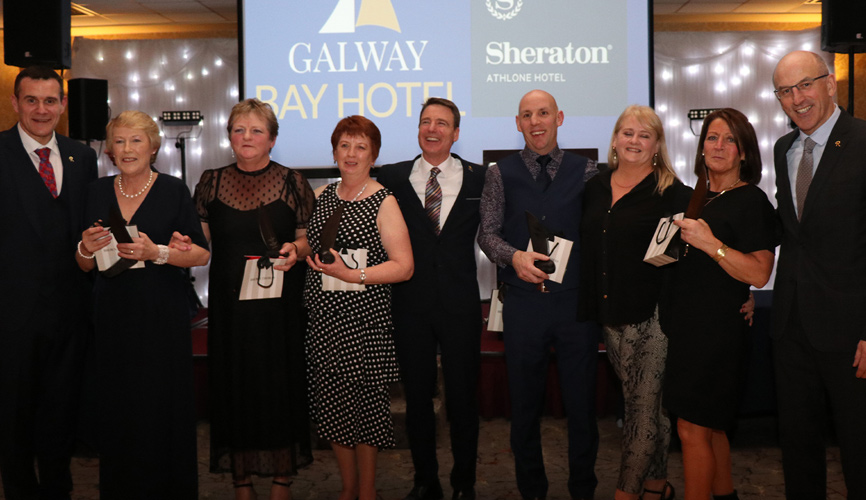 Galway Bay Hotel Team Members awarded for their hard work and commitment since the hotel opened in 1998.

Hodson Bay Group Chairman, John O’Sullivan and his wife Mary were invited to cut a special cake for the occasion when a “reeling in the years” photo collage was played, highlighting some of Galway Bay’s many previous milestones, celebrations and special guests over the years. 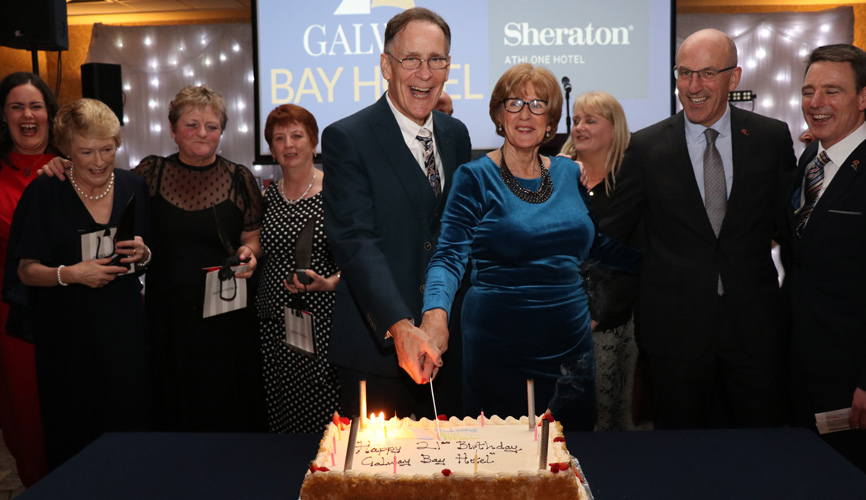 Addressing the room, John O’Sullivan said this special occasion for Galway Bay made him feel “emotional, immensely proud and extremely grateful”. John recalled standing in a 3-acre green field overlooking the Salthill Promenade and imagining what the Galway Bay Hotel would become. “Those photos reminded me of the early days, it feels like yesterday. I am so proud and want to express a sincere and meaningful thank you”.